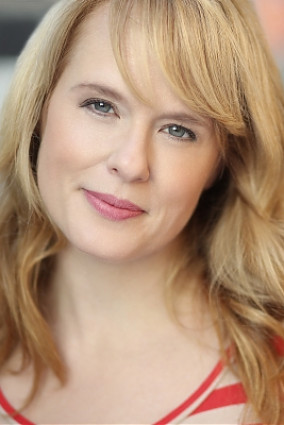 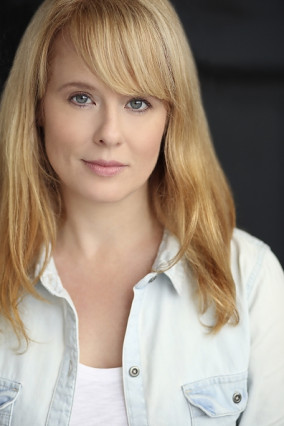 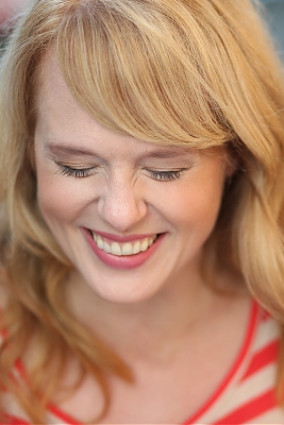 Jennifer Laine Williams, looking like a young Julianne Moore, is a joy to behold. She starts out so wonderfully enthusiastic, eager and earnest, she really takes over every scene she's in with her sheer energy and charisma. As the play moves on, Williams continues to impress, perfectly creating the life of this girl who grows up and realizes what she has been missing and what she really wants out of life. The performance is touching and poignant as Williams shows us Ginny's joy in finding what she really wants, anger in her need to fight for it, and sadness at finally breaking away from the past for good. Her journey is really the play's most interesting and entertaining. - Robert Barossa, broadwayworld.com

Williams is hysterical as Ginny, who hyperventilates with fright on the pair's outings until a few corn chips calm her down. Her comedic skills are both in her delivery and her physical antics on the stage, falling and falling in love, both on cue. Late in the show, after her kidnapping ordeal, Ginny is more hollow and void, something Williams also handles skillfully. - Susan McDonald, The Sun Chronicle

But in a way, the more interesting change is undergone by Williams’s peripatetic Ginny. She is never as well-prepared as the meticulous Veronica, always forgetting to bring a flashlight to their after-dark sleuthings. Her first transformation is during a giddy boy-hungry period after she discovers that boys find her attractive, so detecting no longer interests her. Then a life trauma shakes her into emotional sobriety, so by the closing scene she is the responsible adult... - Bill Rodriguez, The Boston Phoenix

...Jennifer Laine Williams steals every quiet moment and practically holds the audience hostage. She does an outstanding job of subtly projecting a range of emotions and inhabits this character believably and completely… – Ross Chappell, nytheatre.com

Jennifer Laine Williams plays the Barbie-doll sister Lottie with breadth of human experience and control of the character; she is illuminating... - Avery Pearson, nytheatre.com

Quartet is directed by actor Stephen Morrow, whose work has led to associations with Norman Mailer and Arthur Miller. The four scripts are brought to life by a troupe of indy actors including another charming turn by Jennifer Laine Williams...  - Joseph Samuel Wright, theeasy.com

Strong casting choices by Morrow in Jennifer Laine Williams as Dina and Melanie Rose Wilson as Alba...The actresses filled out these two characters with complexity and grace, allowing the greater issues of trust, satisfaction, and the fundamental core of human chemistry to come to the surface. - jjelfar, uptownflavor.com

All the actors and the characters as written are totally believable, totally convincing-- these ARE the people... Jennifer Laine Williams and Anthony Crep give a depth of feeling to their interactions that goes right to the heart...the entire cast is Broadway-level. - Richmond Shepard, Performing Arts Insider